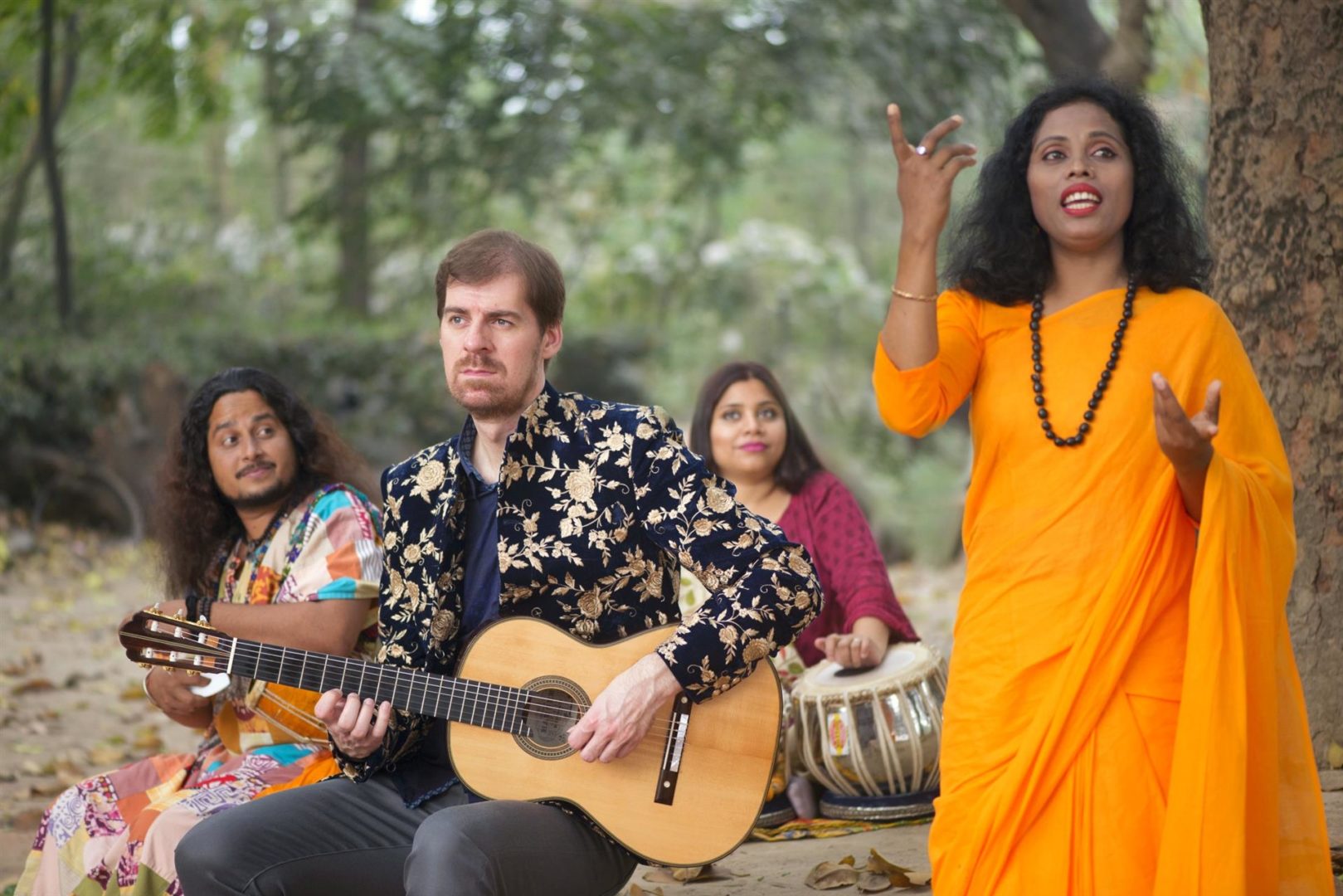 Scottish classical guitarist/composer Simon Thacker’s innate gift for reinvention and expansion comes together with one of the sub continent’s spiritually and musically richest forms. The group features Bangladeshi Baul singer Farida Yesmin, singer and khomok virtuoso Raju Das Baul, from the Indian Baul heartland of Santiniketan, and Kolkata’s Sunayana Ghosh, one of a growing number of exceptional female tabla exponents.

Baul culture is one of the longest surviving examples of wandering minstrelsy, imbued with mysticism and universal messages of love and truth. In Farida, Raju and Sunayana, Simon found kindred spirits searching for the same freedom of spirit and depth of expression that has defined his own radically individualist path.

Simon Thacker’s Svara-Kanti debuted in India to standing ovations on 2014, with the full programme premiering to exceptional acclaim at the 2015 Edinburgh Fringe Festival, as part of the prestigious Made in Scotland showcase. They performed in 2016 to 60,000 people at the Dhaka International Folk Fest and at the Sacred Pushkar in 2017, one of the region’s major sacred music festivals, before releasing the universally acclaimed double album Trikala in 2018. They have featured on BBC Radio 3’s In Tune and World on 3, Maasranga Bangla TV, BBC Asian Network and STV.

Presented in Partnership with GemArts and Middlesbrough Town Hall.

We won't set optional cookies unless you accept, you can find more information or change your preference in settings.