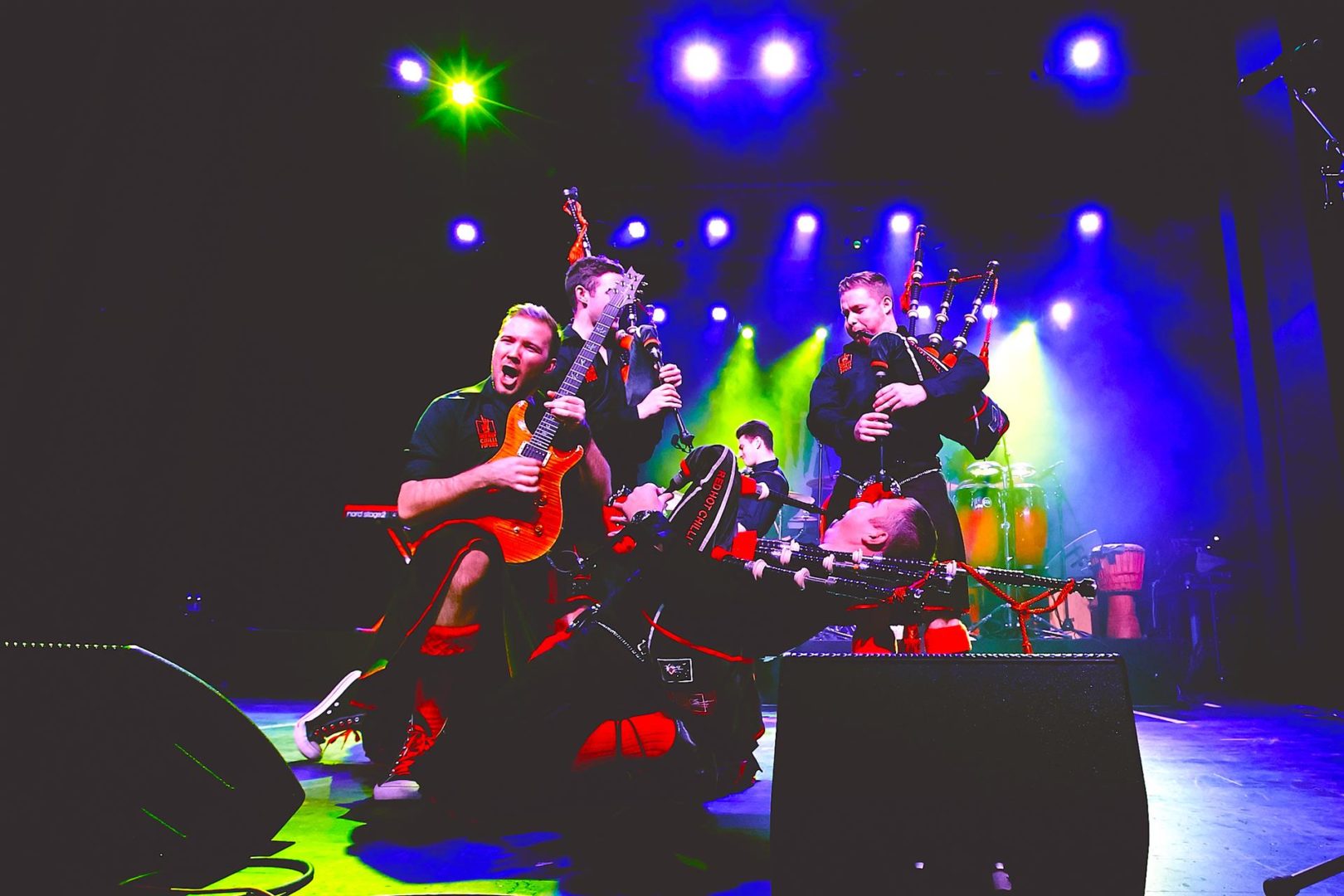 Get ready for the most famous bagpipe band in the world, as the Red Hot Chilli Pipers bring their ground breaking fusion of traditional Scottish music and rock/pop anthems for their first ever show at the Town Hall.

Think men in kilts, bagpipes with attitude, drums with a Scottish accent and a show that carries its own health warning!

They’ve performed to more than one million people around the world – including the Queen and Samuel L Jackson: achieved triple platinum status for their Blast Live and have performed live with everyone from Ed Sheeran to Sam Smith!

You can’t miss this one!